Jump to: Podcasts with Jay | Books by Jay 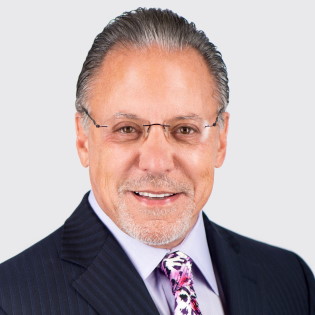 Jay Abraham has been styled the highest-paid marketing consultant in the world, the Nine Billion Dollar Man, a mentor to mentors, a legend, an icon – the list goes on. A video of his life would be a journey through 30-plus years of cash and income-producing activities, tracing the path of this consummate business expert through a highly-respected career of producing wealth-creation strategies for his clients.

One of Jay’s many skills

A strategic marketing genius, Jay has a remarkable capacity for recognizing what a business’s management may have overlooked. Underperforming areas and undervalued assets do not escape his keen, experienced eye. Small wonder that countless entrepreneurs, CEOs and other marketing experts have had recourse to his expertise.

In his life as a consultant, Jay Abraham pinpoints the habits that limit a company’s income acquisition and growth. This lets him then empower clients with custom strategies that will not just grow their business, but reduce the risk involved in acquiring wealth. Often this requires a change of mindset, a recognition of counterproductive patterns.

As Abraham puts it in his book, The Sticking Point Solution, “As soon as you open your mind to doing things differently, the doors of opportunity practically fly off their hinges.” His acuity and success with his approach have placed him among the foremost consulting experts in America.

It’s a rare customer, if any, who does not benefit from a conference with Abraham. The numbers only serve to bolster his reputation: significant profit increases for over 10,000 clients in more than 400 different industries; over 21 billion dollars’ worth of business growth for companies of various sizes that have sought his help.

It’s this track record that landed him on Forbes’ 2000 list of Top 5 Executive Coaches in the world. It also got the strategist featured in publications like The New York Times, USA Today, The Los Angeles Times and The Washington Post.

“An amazing thing, the human brain,” Jay has observed, “Capable of understanding incredibly complex and intricate concepts, yet at times unable to recognize the obvious and simple.”

Underperforming businesses, he has often found, have potentially very valuable assets right under their noses. It takes his insight to uncover these dollar-makers and introduce the innovations that will set a company apart from their competition and earn them a profit.

Lacking the strategic mindset that Abraham has acquired in his long career, many of his clients find themselves stuck, trying to formulate and harness concepts that will generate growth. It is here that Jay is highly effective, drawing on his many years of experience to instruct companies in how to think better, perform better, and earn more.

He has a soft spot

It’s worth noting that Jay has a soft spot for the deserving entrepreneur who may not be able to afford his normal fees. Beneficiaries of the professional business techniques he has learned over three decades include startups and small businesses as well as multi-million dollar corporations.

In an interview with Forbes, he expressed his belief that “We give more when we give with purpose,” and that sharing his strategy and wisdom with companies earning less revenue would allow them to contribute more value to society.

With the aim of sharing as much as possible of the business knowledge in which he is an authority, Abraham provides a variety of resources worldwide. In the US alone, he has conducted over 100 programs, and elsewhere around the globe, his seminars have been well-known to sell out.

Besides in-person appearances, Jay leverages the power of the internet to deliver his know-how on everything from increasing sales and improving business performance to finding investors. On his website Abraham.com, he offers a wealth of resources, both free and paid.

One of his current products is a virtual mastermind, the “Elite Monthly Q&A Clinic”, which gives subscribers access to live Q&A sessions, call recordings and program resources for a one-time or monthly fee.

Public speaking around the world

Wildly in demand as a keynote speaker, Jay has spoken and been warmly received in numerous places far-flung from his native US – China, Singapore, London, Tokyo, Kuala Lumpur, Sydney, Melbourne, Italy, Canada, and Vietnam. His talks are usually followed by ample periods of Q&A, problem-solving and opportunity mining.

Among the principles Jay talks about is how to achieve maximum results for companies with minimum effort, and tempering the entrepreneurial ability to take risks with the effort to also control that risk. He believes, too, in thinking inside the box as well as outside it, by looking at a scenario from various viewpoints.

It is this insightful way of thinking that enables him to uncover hidden assets that can create sales and profits for his clients, even, sometimes, without the benefit of capital.

Through protégé and consultant training programs, Abraham has become a mentor to newer generations of consultants, who model his trademark techniques to maximize performance, uncover assets, and over all provide outstanding value to their clientele.

Throughout his career, Jay has built his strategies around one belief system – that of “preeminence”. Learnt from a client, he calls it the foundation of all he stands for. Preeminence is basically a service mindset. It “extols, advocates, champions the role of the team member, supplier, prospect or customer.”

You can apply it to selling “by subordinating your needs and totally focusing on the ‘other side’ – the side of the client or the customer.” Thus his generosity with his time and knowledge, his desire to help humble but deserving entrepreneurs get a leg up.

The first three are self-explanatory: human capital, the people working for you; intellectual capital, information, or your IP; financial capital, and relational capital.

This fourth, Jay says, is powerful, yet it is simply being on good terms with the people you interact with, giving value, nurturing relationships and goodwill that you can then leverage in times of need.

The above values round out a picture of Jay as a gifted businessman, a world-renowned figure, a respected mentor, even an idol to many, but a man with his feet firmly planted on the ground, who can see other people’s needs and who believes in the power of relationship.

In this episode, James reveals how he came to hear about Jay and how he had influenced his business journey. Together they discuss how to establish your credibility without sounding arrogant, the importance of communicating using precise words, and many more insights gained from doing and teaching business for four decades. 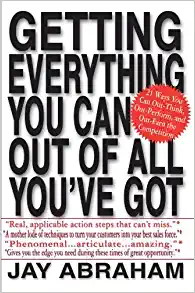 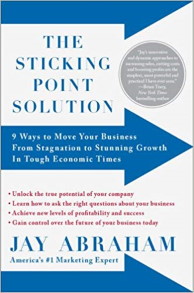 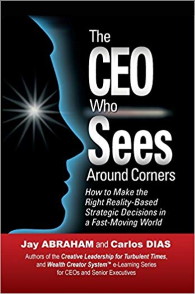 The CEO Who Sees Around Corners 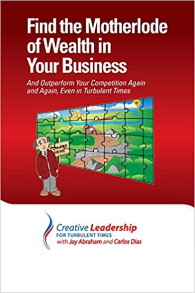 Find the Motherlode of Wealth in Your Business