Can You Make 100K?
Click Here
LoginContact Support
What makes Facebook ads better than GDN, and vice versa? James and Teach Traffic's Ilana Wechsler enumerate the pros and cons and share what each platform can offer your business.

Ilana: Hey James, how are you?

James: Good! I got a question for you of the traffic type, and I know you love those ones. I’m getting questions about the differences between whether you should use Facebook or GDN. And we probably should start out by explaining what GDN actually is.

Ilana: Sure, so the GDN is an acronym for the Google Display Network, which is a way of, I guess, a form of advertising. You put banners on other people’s websites, so, publisher websites. So, for US people listening to this, the New York times, LA Times as possible publishers that allow Google ads on their site. And for Australian people, you know, Sydney Morning Herald, etc. So, publishers which allow Google ad banners on their websites.

James: And I guess some people might think, okay, they’re kind of a similar category. It’s different than the intent-based search that we’re used to with Google Ads where people are typing into Google a particular word and then being presented ads on the GDN. It’s a little more like Facebook, I suppose, where it’s a little more native within the content, people aren’t necessarily searching for it. You could call it more interruption marketing, perhaps, or native advertising?

Ilana: Yeah. And so it’s quite a common question I get asked. People come to me, sort of people wanting to learn, they say, you know, which one should I do? Should I do Facebook or the Google Display Network? Most of the time, I would say I’m a believer in doing both, but possibly, it’s not feasible. And, you know, maybe you don’t start doing both. So I thought we’d cover some of the pros and cons with both platform because obviously each come with their both pros and cons.

So, on the Facebook side of things, the Facebook ad platform is, I will admit a little bit of an easier platform to advertise on. I mean, Facebook has been very good in making it so easy for you to, you know, literally hit that boost button from within the post when you create a post on your page and suddenly you’re advertising. So it is an easier platform. It doesn’t mean that easier is better, obviously. So it is easier to get started.

James: It could mean more competition.

Ilana: Well, exactly, absolutely. The other, I think real advantage that Facebook does have over the Google Ad platform is the social aspect. I think it’s still amazing that somebody can share your ad and people do share ads. I mean, you want to give these people a hug right? They’re sharing your ad to their social network, right?

Ilana: The fact that it is social is an incredibly powerful ad platform and comment and tag their friends and endorse your business and your products. So the social aspect is also really good…

James: I bet that drives Google crazy since they tried so many times to do social with Buzz, Wave, Google Plus. They never quite cracked it so, they would be furious.

Ilana: That’s right and I think… Yeah, exactly. Because it is incredibly powerful. I mean, you and I both know, the ultimate endorsement of one’s business is a referral. Right? So that’s a form of a referral. These days, no one’s going to forward an email to their entire contact list, like who’s going to do that, right? But they’ll share a Facebook ad or something that’s relevant, as you probably know.

And I think the third aspect of why Facebook is a viable option is that you can do really long-form content, you know, long-form ads.

James: Story-based, you know, like really, extra native because they don’t look like ads a lot of the time, apart from that little sponsored thing. You could be hooked right in thinking it’s just part of your regular feed, right?

Ilana: That’s exactly right. And we see the best results with story-based ads because, as you say, they’re native and they don’t feel like an ad. It doesn’t feel a bit icky that you’re trying to make a sale, trying to make a sale. It’s just telling a story and the powers of that story persuasion.

But there are some downsides with Facebook which are worth mentioning is, you know, it doesn’t suit every type of business. So, it can be a little bit hard for businesses who are in, let’s say, B2B, you know? Maybe they’re an insurance broker or something, I don’t know, I’m making it up. But for sort of not very classic Facebooky-type businesses, it might be a hard platform to use and apply. And I don’t know if you’ve seen this, but it is definitely getting more harder and more expensive. And it’s a very fickle ad platform, I’ve found.

James: I know people, educators actually, who, behind the scenes, all of their accounts have been slapped. Like, 5, 6, 7, all of the client’s accounts are slapped. And there’s very little to no recourse. Sometimes there’s not even a clear reason why. So that can be tricky. But the other thing that’s obvious, is there’s a lot of people out there teaching Facebook. Like every man and their dog is teaching Facebook, and just Facebook. So as it’s an easy platform, as it’s a great place to start, if you’ve got a budget of $5 a day, you’re in there with the masses.

And I think one great separator of Facebook to Google is, Google sort of like a little more pro level. You’re stepping up more and that’s what I love the most about what you do. TeachTraffic.com teaches Facebook and Google and now YouTube as well and that’s where the super pros are going. Where they’ve maxed out Facebook, the ad costs are too much or their accounts are having trouble, they’re going onto the much bigger, deeper networks where there’s less competition.

Ilana: That’s right. And I find with Facebook you can have an ad that does really well let’s say for a week and then for no reason and it’s completely unexplained, ad just suddenly dies.

Ilana: It fades you know, and so it’s a very up and down ad platform in terms of results. So contrast that to Google, as you say, it’s more pro level. It’s a much more stable ad platform. Once you get Google working for your business, it’s incredibly stable. It’s like a cruise ship that’s got the stabilizers out, you know, it just sort of cuts through those waves. I guess that the flip side of what we’re talking about today is why would you consider Google and specifically the Google Display Network? So one reason it’s like significantly cheaper than what Facebook is. And you only pay for a click like contrast to Facebook, where you pay for an impression.

Yes, you can set up your ads on Facebook to pay for a click, but performance-wise, it doesn’t work as well. So with Google, it is strictly a pay-per-click platform. So you get obviously a ton of free branding through the impressions that you get. And one of the other reasons why the GDN is also really good is, Google sort of boasts quite loudly that you can capture over 90% of all US web users, which is a pretty amazing statistic.

Ilana: Totally. So yeah, they’re my thoughts on that.

James: Great. So basically, do both is the short answer. And if you want some tips on how to do it, as I’ve done, I’m very lucky to get some counsel from you, Ilana, on how to do this right. Because, you know, I used to run AdWords 12 years ago, then I sort of had people help me do it, because I got out of it. And when I went back in there, it’s like, wow, they’ve really changed a lot in over a decade.

And you’re a genius at this stuff, your data background, especially you can just look at this stuff and it’s like, ah yeah, do this, do that and you stay on top of it. So I appreciate that. More details at TeachTraffic.com. Thanks, Ilana.

Ilana: Yeah. Thanks so much, James. Talk to you soon. 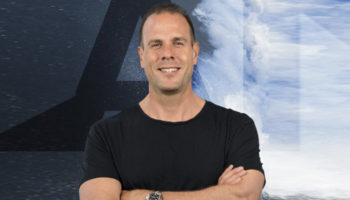