Can You Make 100K?
Click Here
New LoginOld LoginContact Support
Tips and tricks can help in business, but how important are they when measured against your overall strategy?

Ezra: And we want to talk to you today about tactic…

James: Guess you want to put your surname in?

Ezra: Very good. A little hand gesture there too that kind of… deliberate.

James: Yeah, so Ezra Firestone. James Schramko. Look at us.

James: Yeah well tactics are just a little bit. You know, there’s no point… it’s pointless actually if your strategies are all wrong. So one thing we do when we look at our business and when we look at other people’s businesses, which both of us do because we each have coaching programs, is we have a look at Why are we trying to do this at all?

Ezra: And we shouldn’t say that tactics aren’t important.

Ezra: They’re part of the game.

James: But tips, tricks, whatever. That’s not enough on their own because they can take you all around the block.

Ezra: That’s right. So really, when you’re thinking about building an e-commerce business, starting a services business, becoming an information marketer, it doesn’t really matter what your business is going to be. 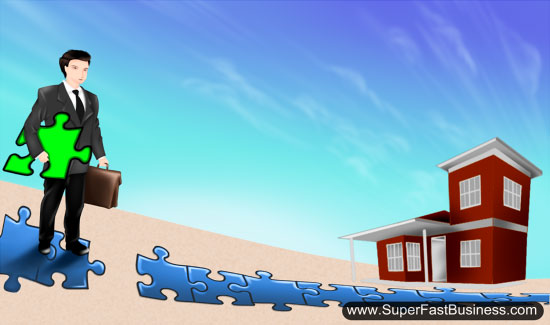 Lay down the path to where you’re going

The Train Tracks Metaphor
James: We’ll do a little version. If you’re here and you want to get to there, there’ll be little steps. So the metaphor that I use is the train tracks. You’re at Grand Central Station and you want to get to here, so you lay the tracks and then you do the tactical, you know, putting the coal into the train… it’s an old train,not a new train.

James: There’s like you get up at the station, you go to the bathroom, get some food then you get back on. So now you know, when someone’s saying, “Hey go over here,” or “Do this” or “This little act gets you…” you say, I don’t care. I know where I’m going. I’m going to this station here and I own the train.

Ezra: That’s another reason that tactics hurt is because they’re all shiny. They’re that new shiny…

Ezra: I meant new shiny. I don’t know what a beer…

Ezra: You know what they do is they divert your attention. It’s so easy to get just sucked away into some strategy or tactic and lose focus on that narrow path that you’ve set for yourself. What ends up happening is when you put your attention on one thing and you really focus on that thing and keep going in that direction, you get really far. The difference between a shotgun…

James: Did you make that pot plant over there?

James: I was just distracting you… see.

Ezra: That was good.

James: That was it.

Ezra: That was so good.

James: I just took him off track.

Ezra: Think about the shot now.

James: Now what does he do, where was I on my track?

Ezra: And he’s going to come back, takes a while to figure out where you were to get stuck back into it. But it’s a difference between you know, people are shooting and they’re trying to like shoot bottles or there are marksman you know, what do those guys call those people that shoot people in long distances?

Ezra: When snipers are shooting at people, they’re not shooting with a shotgun right? Because you’re not going to hit someone.

James: Should be the rifle. Get the laser scope and pick your target a long way off. Then the tactics are, you know put the bullet in the chamber, I’ll just get… I’ll get my, you could be like calling and say you know, wind 5 degrees to the left up two degrees, yeah and then pull the trigger. Tactic. Shewwww! Target. Hit. Done!

Ezra: And you know the funny thing about tactics is it’s likely that you already know all of the ones that you need.

James: You know more than you need.

Ezra: To have the success that you have.

James: You’re going to get some stuff off the bookshelf.

Ezra: Keep that bookshelf here. But the truth of the matter is, you don’t really need new tactics. The old one works just fine. What you already know is enough to get you where you want to go. You just have to trust in yourself and go for it.

James: Yeah, you know too much. If you knew less, you’ll get there quicker. If you were trying to sell software and you didn’t know how to program, you’d get there quicker because you’re not getting off the train, fooling around trying to do code.

Ezra: I’m sorry about that.

James: You got a big big…

Ezra: Big developments. Is that I’m actually getting rid of a big part of my business and I’m focusing on just the thing, just the part of that side of my business that I’m really, really good at and I’m going to see exponential growth because of it.

James: And I’m focusing on the part of business that I’m really excited about, that we’re really good at. And when we talk about it, together we are hot diggity damn or something to that effect.

James: Something like that. And turns out, we could both do the same thing and it works out really well for both of us.

Ezra: Yeah, so focus is the key here. Strategy, you know, knowing the… it’s sort of like the big picture of you.

Plan For Your Success
James: Why you’re doing it. What are you doing? How you going to do it? The little stuff’s less important. The big stuff is like, be happy when you get to your destination.

James: People who don’t have a destination are always unhappy. If you set your destination and you get there…

Ezra: Celebrate that. A lot of people graduate from college and then are miserable because they’ve, like, spent all this time working towards this goal but haven’t really thought about what you’re going to do after they’ve achieved that so then they go to a bit of a depression. It’s sort of a common thing that happens. Post-success depression. So, plan for when you succeed because you will. Particularly if you’re hanging out with us as we’d like you to continue to do. So, Ezra Firestone here.

Ezra: Thanks for hanging out.

James: Especially considering the quality of that video. Alright!