Can You Make 100K?
Click Here
LoginContact Support
The mind is powerful. Pair it with determination and it has the strength to help you overcome challenges and win against all odds.

James Schramko coming at you from San Francisco. I actually just come back to my room after watching some of America’s Cup happening here on the bay in San Francisco and I have to say it’s amazing.

And today in the race, the Americans had come back; they won two races against New Zealand and basically they’re in the finals tomorrow. They are racing for the cup. Whoever wins is basically going to win the cup, and at least that’s my understanding on it. 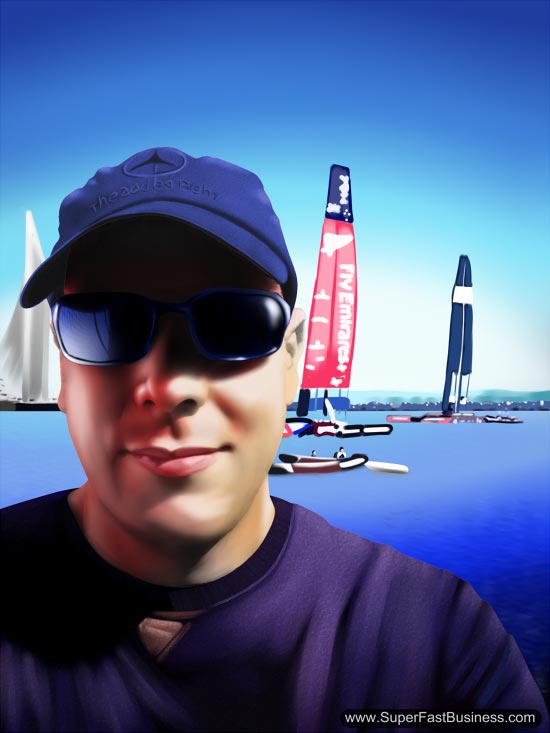 Winning Against The Odds
The real point is, if you’re feeling a little bit down or a little bit overwhelmed or mentally you can’t do it, just keep in mind that there are plenty of examples where people have had comebacks. The big comebacks, unexpected, against all odds, but they just do what needs to be done: they move forward and they get results.

So whoever wins the America’s Cup tomorrow, it doesn’t really matter but the American team has come from so far behind. By American team I mean I think there’s one American on the boat. The skipper is actually Australian, I think, and so you know, if they win it’s a great example that you can come back.  You can beat against the odds that people dole out. It’s totally up to you.

So have a strong mental game. I hope this has been helpful. And we’re going to pop a few pictures in from the America’s Cup here. I hope you enjoy it. And leave your comments below what you think about this metaphor of sporting comebacks and how you feel this affects your business. I’ll speak to you soon. I’m James Schramko.

For more episodes, subscribe to the show on iTunes

81 – What Is An Internet Marketer Anyway?